Robinhood and other online brokerages are facing a barrage of complex criticism after not allowing their retail traders to speculate on GameStop. 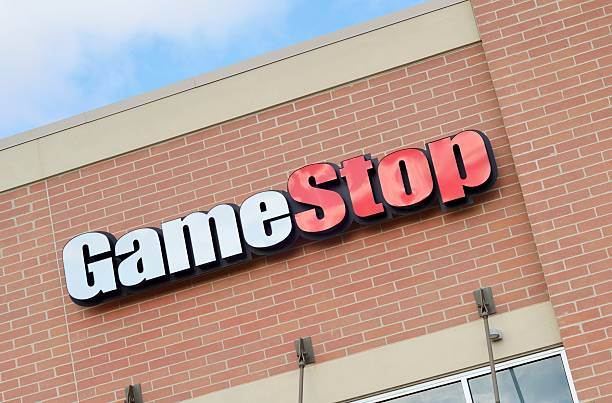 GameStop is a company that until a few weeks ago was known mostly by its ‘gaming’ clients and those on Wall Street who worked with the equity, but in the last week the company has been drawn into the spotlight as its valuation has swiftly increased. Robinhood and other retail brokers have helped create a bigger trading landscape the past year as a surge of online participants sitting in their homes participate in speculative equities.

Robinhood and other online brokerages yesterday halted the buying of certain stocks with little warning because they deemed them too speculative, this included GameStop stock, which then began to lose value.  Robinhood and other online brokerages are likely concerned about getting hit with lawsuits if their clients start losing billions of dollars if and when the speculative equities tumble.

GameStop (GME: NYSE) is a rather small brick and mortar gaming company that until the middle of January was a largely ignored equity on the NYSE. The stock began to get interest from retail traders via social media communities like the Reddit r/wallstreetbets group. GameStop was founded in 1984. GameStop has gone from nearly 17.00 USD early in January to nearly 468.00 USD on the 27th of January. 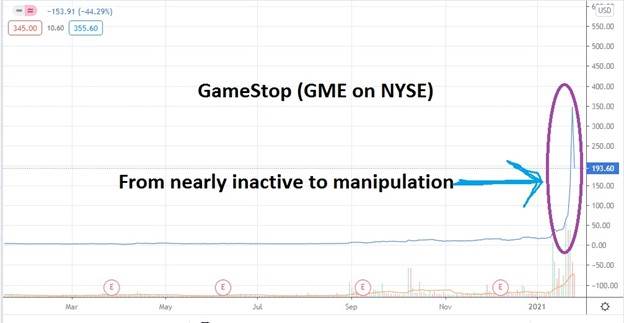 The dynamic behind the rise in value of GameStop is because social media has provided a source for small traders to act as one. A trading tactic some retail speculators have used is to identify positions via legal documents which show large short positions of equities and to try and initiate a short squeeze.

Some of the retail traders involved in the GameStop action, see themselves as ‘social justice traders’ and they are fighting this battle against hedge funds. Hedge funds are typically important ‘Big Players’ shorting stocks they feel have limited justification for having higher values. Hedge funds have a lot of money, they can short stocks and play a waiting game for equities to eventually fall in value, which is then when they buy the stock back and make profits. 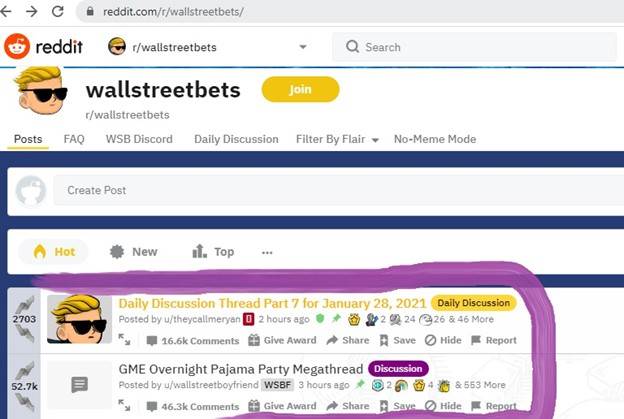 Small traders acting as one have an outlet now to fight Wall Street’s ‘Big Players’. By highlighting and buying the stocks  hedge funds are shorting, it means the hedge funds are required to put more money into these stocks to cover margin calls when the value of the equities rise. Meaning hedge funds have to place money to protect positions or decide to get out of the chosen equity and take a massive loss.

Some young millennials, who protested and supported the Occupy Wall Street movement during the financial crisis of 2008 went home, matured, and made disposable income. Perhaps these folks have decided to fight the machine from the inside while trading equities online. Twitter has a blizzard of tweets supporting the retail traders as they battle the hedge funds. It is an ‘Us vs. Them’ battle cry. To some extent, the buying was amplified through the subreddit wallstreetbets on reddit.

Hedge Funds have Powerful Allies and May Have Called Them

Hedge funds have claimed GameStop was being manipulated but let us be honest; hedge funds are part of powerful ‘grey area’ trades that effect markets. One way this can be done is via dark pools. Hedge funds may have called those they have connections with – potentially in places like the SEC – and asked them to intervene with brokerage houses like Robinhood and shut down the ability to trade these speculative stocks based on them being a danger to clients, even though that isn’t hedge funds real objectives. Admittedly, this is pure conjecture on my part. 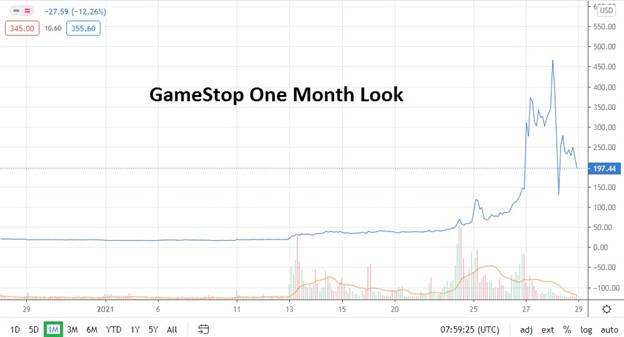 Real Value and the Art of Making Money

Which calls into question implications of real value, yes, the retail traders liked GameStop, but why? Did it have any real value? Certainly, GameStop did not have hundreds of billions worth, except on computer screens it suddenly did.  Battles as social justice traders take on hedge funds and try to destroy them from the inside could go on as better trading platform technology, behavioral sentiment data, and the ability to communicate faster improves.

The recent manipulation and price movement may not have been illegal. That will be for courts to decide. Already yesterday lawsuits began to be filed against Robinhood by retail traders for shutting down the ability to speculate on GameStop. New regulations and laws are a near certainty following the trading we are witnessing this week.

Speculators can look at the results and impact on equities this week like GameStop and find an interesting similarity to cryptocurrencies. Stocks this week proved they can be just as manipulated as any cryptocurrency and their value is often meaningless except for what is published virtually on a terminal for speculators to wager.

The power of social media and the growing ability of small retail traders to act as one against ‘Big Players’ is not going to suddenly evaporate. Governments need to keep the markets open to the public; this is about capitalism being allowed to be practiced by all. Investors and speculators will need to take a deep breath and get used to the dynamic environment, there will be injuries from playing the trading game once in a while.