Bitcoin Jumps to All-Time High Above $44k on Tesla Buy

Bitcoin in USD terms leapt up by more than 11% in an hour to trade at an all-time high price above $43,000 shortly before the New York open. The jump coincided with the public revelation in an SEC filing that Tesla (TSLA: NASDAQ) has purchased $1.5 billion worth of Bitcoin. 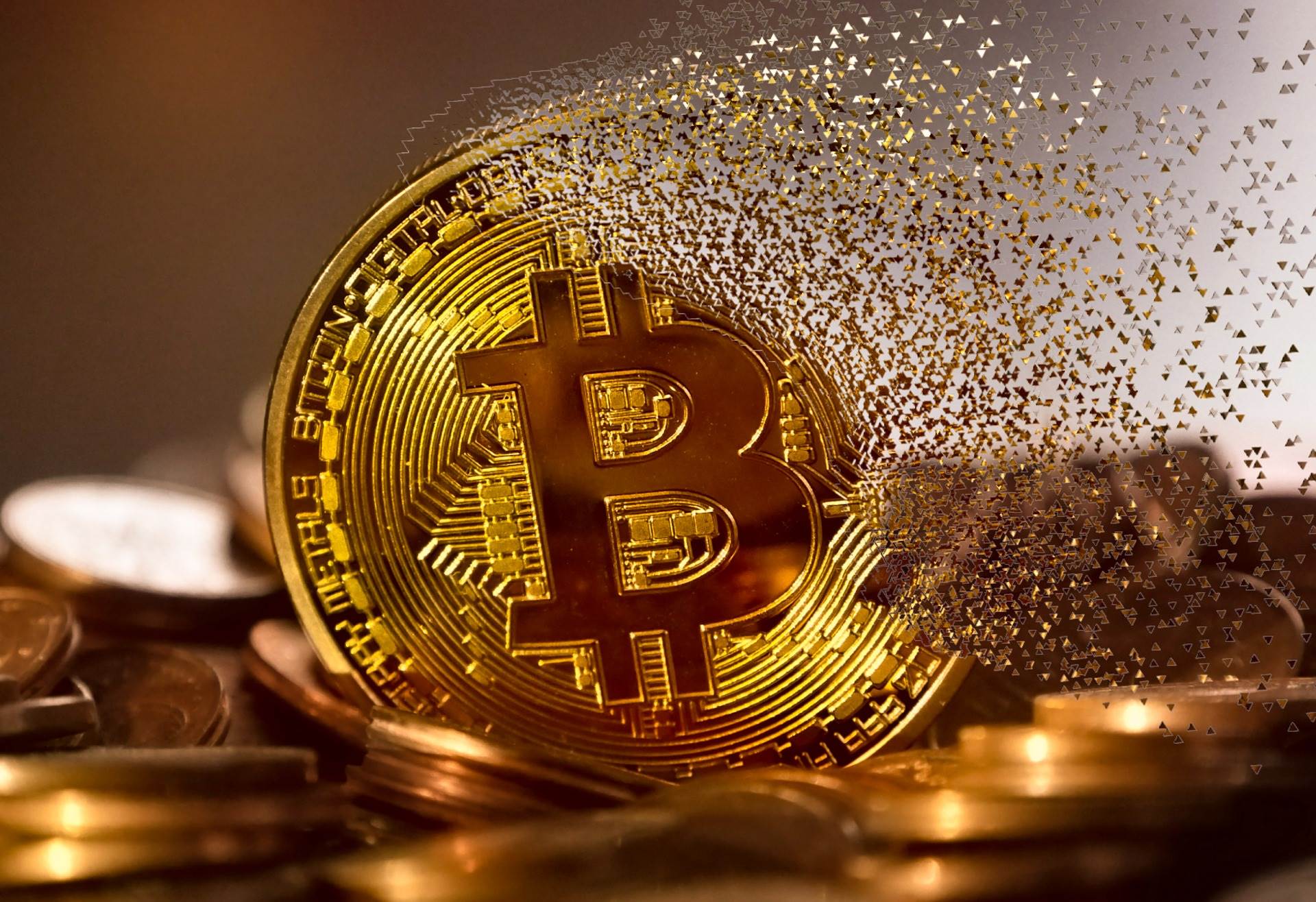 Following his peripheral involvement with last month’s wallstreetbets campaign, plus his seeming touting of the cryptocurrency Dogecoin just a few days ago which presaged a doubling in its value over only four days, Elon Musk strikes again at a bigger target: Bitcoin.

Recent crowd-driven buying frenzies led by younger traders and investors have shown some success in driving up the price when the targets are relatively illiquid and seen short on their fundamentals. Silver, Dogecoin, and GameStop all fit these criteria.

Musk has succeeded in inserting himself into the consciousness of those present in these areas of market speculation and allegedly manipulation. Musk is using the power of Twitter and the internet to disrupt financial markets in the same way President Trump used them to disrupt the American political system. So far, it seems as if Musk is unstoppable, as it is far from clear laws and regulations pertaining to market manipulation could be used against his public communications. Although Musk was talking up Dogecoin again just a few hours ago, he has remained silent about Bitcoin – Tesla’s purchase was just a revelation contained within corporate documentation, although Musk almost certainly knew the information would go viral today.

What Does Tesla’s Bitcoin Buy Mean?

The news of Tesla’s huge purchase of Bitcoin sent the price of Bitcoin up by more than 11% in only an hour. There is obviously high volatility, but the technical indications so far suggest that higher prices are more likely than not to be seen over the coming hours. The price chart below shows the sudden push up and how new higher support at $41,021 has survived its first test. There are no clear obstacles above the current price except of the big psychological round number at $50,000 – we may see some profit taking there. 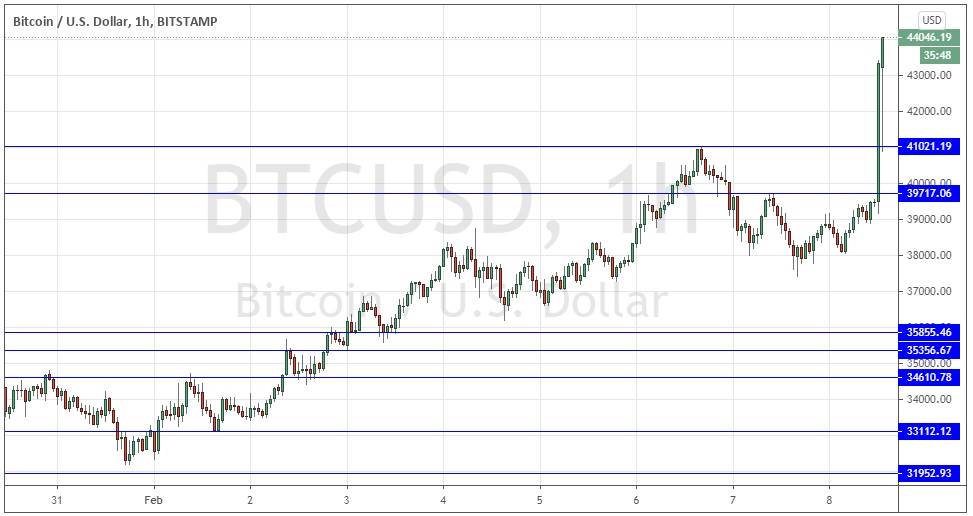 Volatility is very high and the market wild, so it would be wise to keep positions small if buying Bitcoin or other cryptocurrencies. Higher prices do look likely, and if the price can spend a couple of hours holding up above $50k later, the extent of the rise will be anyone’s guess.