Last week, the National Bureau of Statistics reported that retail sales in August climbed by 0.5 percent in yearly terms, the first month-to-month increase since the beginning of the year. 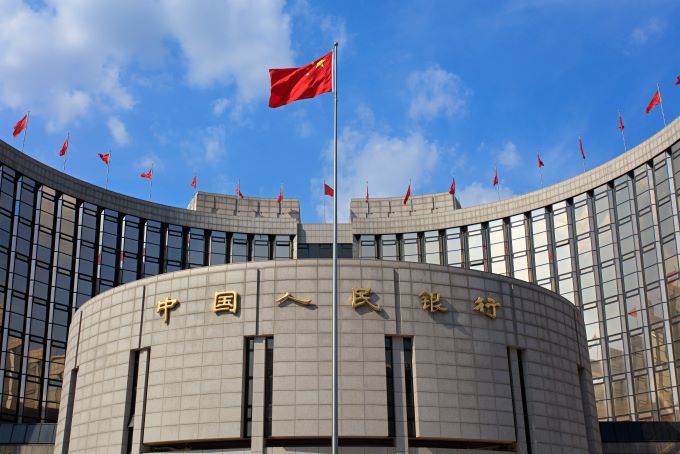 The People’s Bank of China announced its decision to leave the cash rates unchanged for the fifth consecutive month, at 3.85 percent. The move was in line with the analysts’ expectations, who foresaw the interest rates to remain unchanged.

As per the expectations for the economy, they have improved as they expect the GDP to increase by 2.1 percent in 2020, given the expected recovery of the services industry.

It was also announced that the bank injected 210 billion yuan into the Chinese banking system through open market operations last week. The bank also injected 600 billion yuan through its medium-term lending facility.

Last week, the National Bureau of Statistics reported that retail sales in August climbed by 0.5 percent in yearly terms, the first month-to-month increase since the beginning of the year. Industrial production went up by 5.6 percent (year-to-year), while fixed-asset investment dropped by 0.3 percent (year-to-year), though improving from the previous month’s 1.6 percent drop.

So far, China has reported  85,291 coronavirus cases, as well as 4,634 total deaths. Recently, the Chinese government conducted mass testing in Hong Kong given the rise of local infections. According to the government, the idea behind this mass testing program is identifying asymptomatic patients in order to cut invisible transmission chains.

The UK transport Minister, Grant Shapps commented that the UK is at a very critical moment, warning against the possibility of a nationwide lockdown if people do not follow the rules. He also commented that there are going to be more coronavirus deaths.

“It is clear we’re just a few weeks behind what we’re seeing elsewhere in Europe,” he commented, “You only have to look at what’s happening in France, particularly in Spain, and you can see that things have taken off there including, I’m afraid, deaths. So it is very important that we do everything we can to bear down on this,” adding that is vital that people follow the restrictions.

Britain recently reported an increase in coronavirus infections. On Sunday, the government announced that the number of infections climbed by 4,422, the biggest rise since the beginning of May. In total, there are 394,257 cases in the United Kingdom, as well as a death toll of 41,777.

The British parliament is set to meet this week to vote on the Internal Markets Bill, which has caused a negative reaction from the European Union leadership as well as from some British lawmakers, as they claim that the approval of this bill would undermine Britain’s credibility in the international arena. In light of the rebellion that was being formed in his own party, Britain’s Prime Minister, Boris Johnson agreed to grant British parliamentarians the ability to vote about when to invoke the controversial parts of the bill.

Yet ANOTHER Border Closure Extension Between Canada, US, and Mexico