Powell hinders the hopes for a V-shaped recovery and establishes that there’s a long road until the US comes back to full-employment levels.

The coronavirus pandemic continues advancing in certain U.S. states that recently decided to reopen, increasing the fears for a second wave of the virus.

Arizona and Texas reported on Tuesday an increase in new daily cases, followed by states like Florida, Oklahoma, and Louisiana which have seen their numbers increase more than 50 percent in the last week. At the moment there are about 2,208,400 confirmed infections in the United States as well as a death toll of 119,132, making the US the most affected country in the world.

Recently the markets learned that Trump’s team is considering a $1 trillion infrastructure stimulus plan, which helped to keep enthusiasm regarding the future of the economy high among investors. This would be the fourth stimulus bill that is being considered and would include an unemployment extension.

However, some are skeptical about this plan, since similar bills couldn’t incorporate into a final deal.

“A stand-alone $1T stimulus bill authored by the White House is unrealistic for market participants to anticipate before the election,” said an analyst at Veda Partners. “We‘ve seen the administration insist that they’ll be providing payroll tax holidays and substantial infrastructure bills for the last six months and as the last three stimulus bills have shown, they are never incorporated into a final deal on Capitol Hill,” she added.

Other factors helped to hinder the enthusiasm. For example, the Federal Reserve chairman, Jerome Powell commented on Tuesday that the American economy won’t recover completely until the American people are sure that the coronavirus pandemic is under control. Powell also highlighted that there’s a long road in terms of coming back to the pre-coronavirus employment levels. 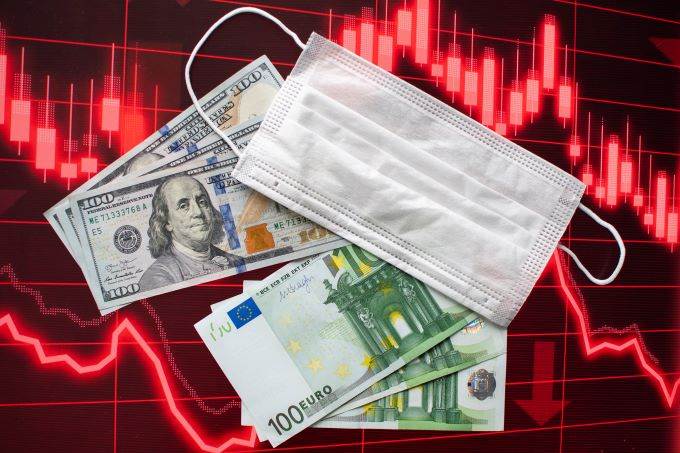 “Something like close to 25 million people has been displaced in the workforce, either partially or through unemployment and so we have a long road ahead of us to get those people back to work,” said Powell, adding that the bank will give high priority to promote policies that would help to bring back full employment.

Regarding the inflation expectations, they are at risk of falling below the central bank’s target, hence the importance of advocating for policies that would help to keep the inflation levels close to the target.

“I will place a high priority on advocating policies that will be directed at achieving not only maximum employment but also well-anchored inflation expectations,” added Powell.

Powell’s comments follow his recent declarations, which hindered the hopes for a V-shaped recovery, and established that there’s a long road until the US comes back to full-employment levels.

The geopolitical situation is poor as the death, caused by Chinese troops of 20 Indian soldiers in a disputed zone was recently reported. Moreover, the tensions between North and South Korea increased dramatically this week, as Kim Jong Un’s government threatened with sending troops to demilitarize border areas, rejecting South Korea’s offers to send a special envoy as an attempt to ease the tensions.

The US dollar advanced against a bundle of its main competitors by 0.29 percent at the end of yesterday’s session. Conversely, Brent Oil Futures advanced 3.12 percent, while the West Texas Intermediate crude oil futures gained 3.39 percent. US stocks closed in the positive territory, as the S&P 500 gained 1.90 percent, followed by the Dow Jones industrial average, which gained 2.04 percent and the Nasdaq 100 gained 1.76 percent.

US Stock Markets Closed in the Negative Despite Vaccine Hope…